Majorca is one of Spain’s most stunning Balearic Islands in the Mediterranean which has become increasingly popular with Britons looking for sun, sea and sand on their holidays. As travel restrictions and international flight bans remain in place across the world, many Britons’ holiday plans have been scuppered. But now, there may well be a light at the end of the tunnel for Britons who were hoping for a late summer trip to catch some sun.

The Association of Hotel Chains (ACH) and the Hotel Business Federation of Mallorca (FEHM) have announced that they have been in talks with British travel giants TUI UK and Jet2 to potentially allow the first Britons back onto the island in July.

President of ACH Gabriel Llobera told the Spanish press that they were hoping to open hotels “in stages” and reactivate the tourism industry.

He said: “The objective is to be able to open the hotels in stages and whenever the demand justifies the business effort. 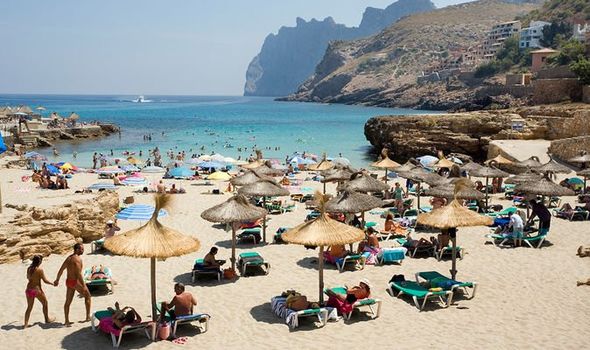 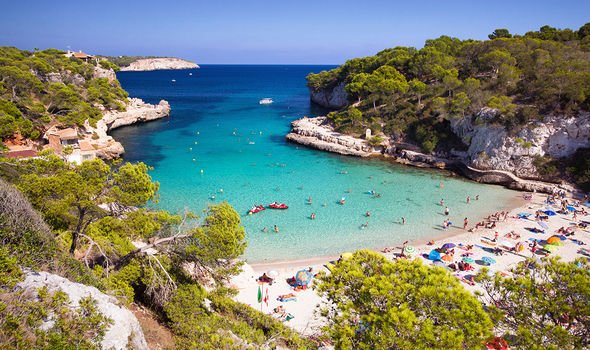 “The interest is mutual in all the parties involved because both we and the tour operators are ready to reactivate the tourist activity once the whole process of de-escalation by the coronavirus has passed.”

If talks with the British travel groups are successful and the travel ban is lifted, then Britons could be allowed back onto the island.

However, tourists from Germany, Switzerland, Austria and Denmark will be invited back first.

Currently, the Foreign and Commonwealth Office (FCO) has advised against all non-essential international travel “indefinitely” out of the UK.

DON’T MISS
Holidays: This travel brand is offering a luxury holiday for £3.50 [INSIGHT]
Holidays: Major warning issued to those seeking travel refunds [UPDATE]
Flights: Expert warns that as many as ‘500 airlines’ could go bankrupt [ANALYSIS]

This means that unless absolutely necessary, travellers may be questioned by authorities on arrival at airports.

This week, Spain began its new deescalation measures to halt the spread of the coronavirus in the nation.

The nation is now in phase zero of its plan but may allow phase 1 to take place on May 11. 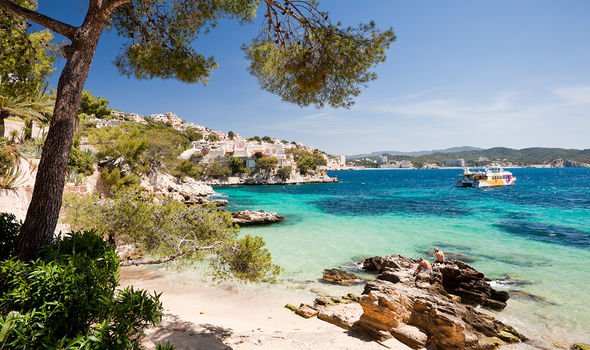 This phase could see hotels being opened and people allowed to gather in groups with a maximum of 10 people.

According to Spanish Press, terraces of bars and restaurants will also be able to open with a capacity of 50 percent which in June will then include interiors.

Originally, hotels in Majorca and Ibiza said they would not open under such conditions but this has changed since talks began with the German holiday companies.

However, the hotels have said they would want to know how many reservations are available in advance so that they can know which hotels to open. 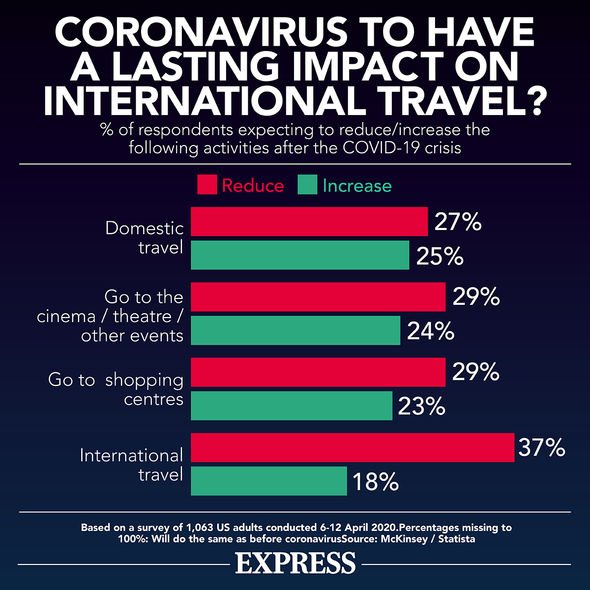 Catalina Cladera, the island’s president said previously that they will only reactivate businesses if it can be done “safely”.

She said: “We are not ending this year’s tourist season.

“Whatever we can safely reactivate, we will.

“As soon as we can, we must move to the contingency phase and live with the pandemic, always in a safe way, because people’s health is essential, as well as saving the productive fabric and jobs.”