Passengers on Holland America’s MS Zaandam and MS Rotterdam may soon be home.

Four elderly passengers on the Zaandam have died of coronavirus; 73 guests and 116 crew members have reported flu-like symptoms associated with the virus that has sickened more than 723,000 people and killed nearly 34,000 worldwide as of Sunday night. Of the current symptomatic passengers who were tested, two tested positive for COVID-19.

Holland America thanked the Panamanian authorities in a statement issued by spokeswoman Sally Andrews late Sunday night. “We are still finalizing the details for where and when our guests will disembark, and are asking for the same compassion and humanity to be extended for our arrival,” the statement continued.

Holland has been transferring healthy passengers to the Rotterdam, and said that process was completed Sunday. It added the two ships will remain together for the rest of the journey.

“Guests on both ships will remain in their staterooms until disembarkation, and all necessary precautionary measures are being taken on both ships that have been developed in conjunction with the U.S. Centers for Disease Control and Prevention,” the statement said.

Healthy, sick passengers had been separated between ships

By Friday afternoon, Holland America had transferred nearly 100 healthy passengers from the Zaandam to the Rotterdam.

Holland America said the Zaandam arrived in Panamanian waters on Friday and had since been following the protocol of Panama’s Ministry of Health, which originally stated that if a vessel has individuals who have tested positive for COVID-19 on board, it cannot make any port operations or transit the Canal.

By transferring the healthy passengers transferred to the Rotterdam, they would have been more likely to obtain permission to transit the Panama Canal and continue their journey back to the U.S.

“Today we announced a plan to transfer groups of healthy Zaandam guests to Rotterdam, with strict protocols for this process developed in conjunction with the U.S. Centers for Disease Control and Prevention (CDC),” Holland America said in a statement released by spokesman Erik Elvejord. “Only those who have not been ill will be moved, and health screenings will be conducted before transferring.”

RELATED GALLERY: Coronavirus is changing everyday life across the US 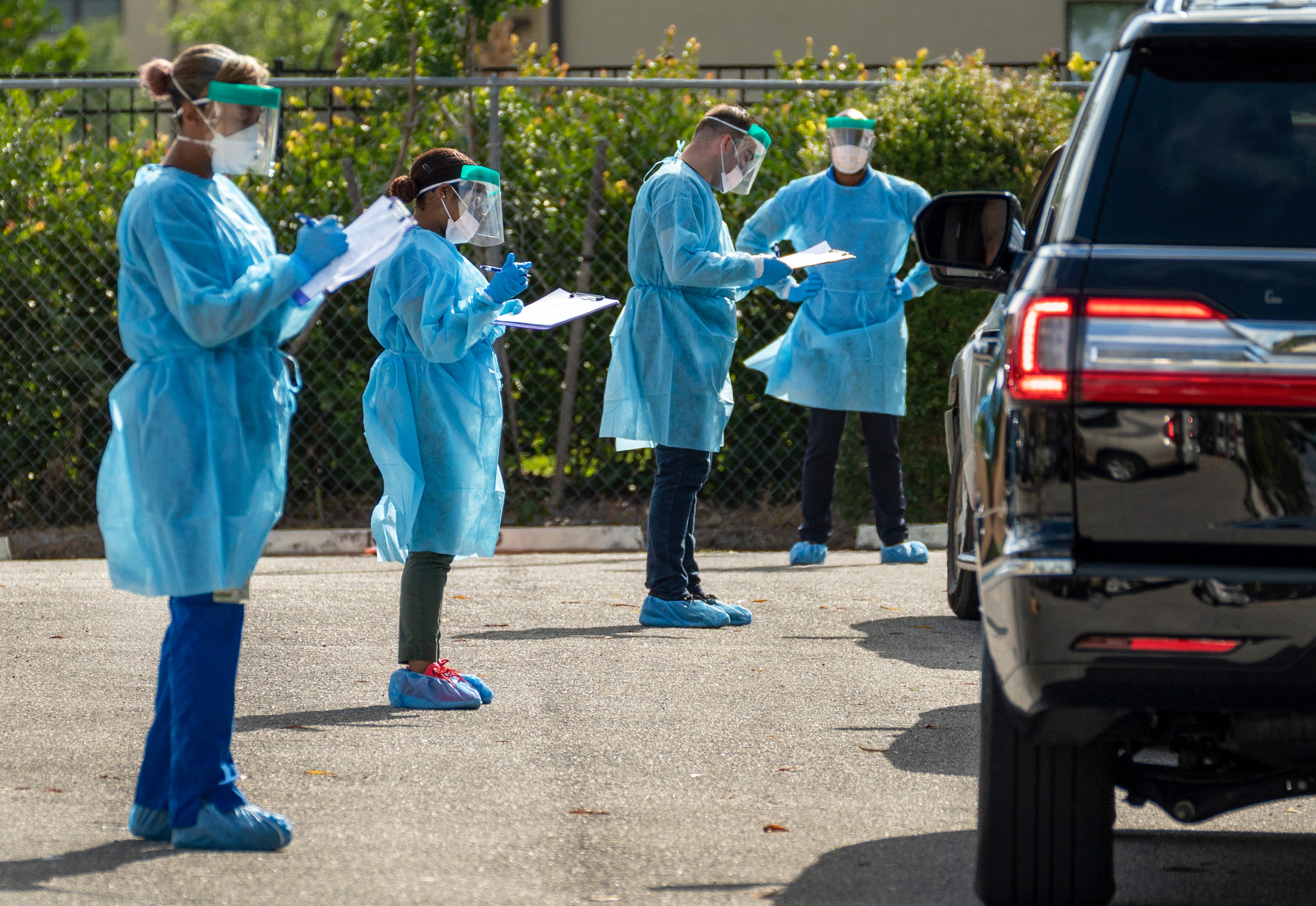 Andrea Bergmann Anderson, 63, a passenger from Ohio, was one of the passengers hoping to be given medical clearance to move to the Rotterdam. But first, she had to pass a questionnaire and temperature screening.

“I went to the medical center nine days ago because of the sinus infection and a cough,” she told USA TODAY Friday afternoon, adding she completed two rounds of antibiotics for the infection. Her husband, Rob, had also reported a cold to the medical center. She was feeling a bit nervous that she would not be allowed to transfer because of her visit to the center. “We filled out a medial form, and we were honest.”

Andrea and Rob were not among the passengers to get the green light to switch ships.

A little later on Friday afternoon, Andrea told USA TODAY that they had not passed the health screening. Neither had a fever at the time of the screening and neither was asked to take a test for COVID-19. But they were told they would be remaining on the Zaandam nonetheless.

“I am kind of depressed about this,” she said. “I had hoped that we could go and that the ship would be clear to disembark. We could have lied, but that would not be right.”

Andrea understood why she and Rob weren’t allowed to make the switch, in spite of her disappointment. “They have be careful.”

Holland America Line, along with major cruise lines worldwide, announced March 13 it would suspend cruise operations for at least 30 days and end its cruises in progress. But cruise ships that were at sea at the time that were stuck on the water. They have been denied ports and scrambled to get passengers disembarked amid the coronavirus pandemic.

The Zaandam began its South American voyage from Buenos Aires, Argentina, on March 7 and was originally scheduled to end the sailing in San Antonio, Chile, March 21.

No one has been off the ship since March 14 when it was in Punta Arenas, Chile.