The debut of the first Ritz-Carlton luxury cruise ship has been delayed again.

The Ritz-Carlton Yacht Collection, blaming shipyard issues for the delay, said the
Evrima will set sail on April 22, 2021. Ritz-Carlton had scheduled a Feb. 5
maiden cruise. It then got postponed to June 13 because the shipyard was facing
issues with delivery and project costs.

The first voyage next year will go from Lisbon to Palma de Mallorca. Subsequent sailings also have been pushed
back.

“This effectively gives this newly formed entity oversight
of the shipyard,” the company said in a statement. “The new structure will
ensure the timely completion of Evrima.”

In a statement, Prothero apologized to guests who have
already booked a cruise on the yacht.

“We remain deeply committed to ensuring a seamless delivery
of the standards of quality and service that Ritz-Carlton is known for as
well as providing a highly customized, state-of-the-art build that will make
our inaugural yacht the most distinctive of its kind,” Prothero said.

Guests booked on the cruise will get a full refund or fare
savings when they reschedule.

Those who rebook a cruise within the next 90 days will get a
30% discount on the cruise. After that, they will get 25% off the fare if they
rebook up to six months later. They will get 20% off the fare up to one year
after the announcement of the postponement.

Those who made independent air and hotel arrangements may
be reimbursed for any change or cancellation fees. Travel advisor commissions
will be protected on the cruise fare.

Most of Maui’s resorts are clustered on what locals call the south side (generally around Wailea) and the west side (on the northern lobe of the island), running from Lahaina, the historic whaling village, up north to popular Kaanapali Beach. But for those looking for some more secluded luxury time on the Valley Isle, head north another 10 minutes from Kaanapali and you’ll discover the 22,000-acre Kapalua resort, anchored by The Ritz-Carlton Kapalua.

The Ritz-Carlton occupies 54 acres and is surrounded by 36 holes of championship golf. Originally opened in 1992, the resort underwent a $30 million transformation in 2018, which included guest rooms, suites and residences, as well as improving the lobby and pool areas. Additionally, the resort opened the Kai Café and reimagined the Banyan Tree, ‘Olu Café and Ulana Terrace restaurants. The Alaloa Lounge also received a whole new menu concept. 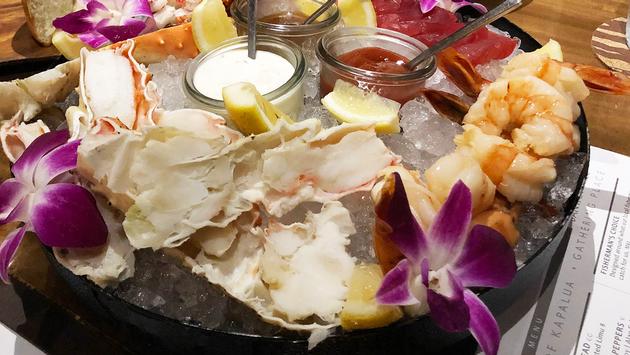 The dining centerpiece of the resort, in our opinion, is Banyan Tree, located between the pool and the beach. While a poolside restaurant sometimes brings to mind images of average cuisine that hangs on its locale more than its chef, this couldn’t be further from the truth at Banyan Tree. The new chef, Bella Toland, has done magic with the menu, from steak to seafood. The cuisine here is definitely Hawaiian, but with Mediterranean twists. Everything on the menu was delightful, but the pacific rim platter, the mahi-mahi and the chocolate bowl dessert shouldn’t be passed up.

Rooms here are fresh and have an island vibe, with travertine bathrooms, a separate shower and tub and double vanities. We had a spacious lanai with a view of the Pacific Ocean as well as the extensive pool area. 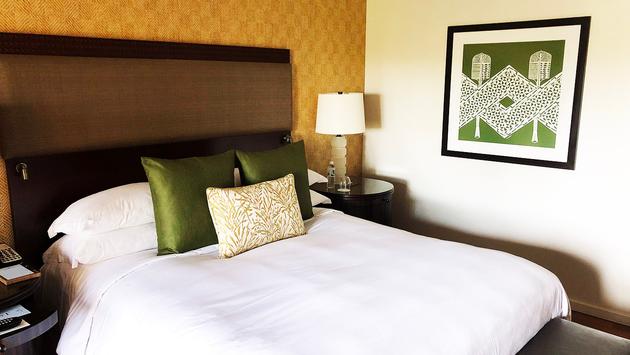 The Ritz-Carlton Spa, Kapalua focuses on Hawaiian massage treatments, along with a variety of facial and body services. The spa’s design includes treatment rooms with private outdoor shower gardens, couples hale (cabanas), relaxation lounges with volcanic stone grotto areas, steam rooms, saunas and whirlpools, a coed relaxation area and authentic Hawaiian design elements throughout the spa. We enjoyed a very relaxing couples’ massage and spent plenty of time in the saunas and whirlpools before and after.

Golfers will be happy to hear that the resort’s Plantation Golf Course—ranked the number one course in Maui—just reopened in December after a nine-month, multi-million-dollar enhancement. The course hosts the annual PGA Tour’s Sentry Tournament of Champions each January. A “golf in paradise” program offers accommodations for two, daily buffet breakfast for two and two rounds of golf per day starting at $999.

The Ritz-Carlton has a multitude of activities including tennis, hula lessons, a self-guided cultural tour, whale watching, sunrise yoga, snorkeling, bocce ball, golf, a mixology class, a fantastic fitness center and more, but it was the resort’s Jean-Michel Cousteau’s Ambassadors of the Environment Eco-Adventures program that caught our interest.

We chose the coastal hike, and our biologist tour guide, Kara, was a delight, not to mention well-versed in everything from the shorebirds to the native plants to the whales offshore and the island itself. She pointed out the many invasive plants and talked about how or why they were originally brought to the island. We saw plenty of whales offshore and got plenty of fantastic pictures of the flora, fauna and the stunning coastline.