The stunning winning images from a landscape photography contest that showcase the beauty of planet earth, from the USA to Norway

Stunning locations captured by the finalists of the 2020 Landscape Photography Competition showcase the Earth’s beauty in a unique series of images.

The Landscape Photography Competition is run by The Independent Photographer – an international network of photographers and photography enthusiasts that reaches over one million visitors every year. 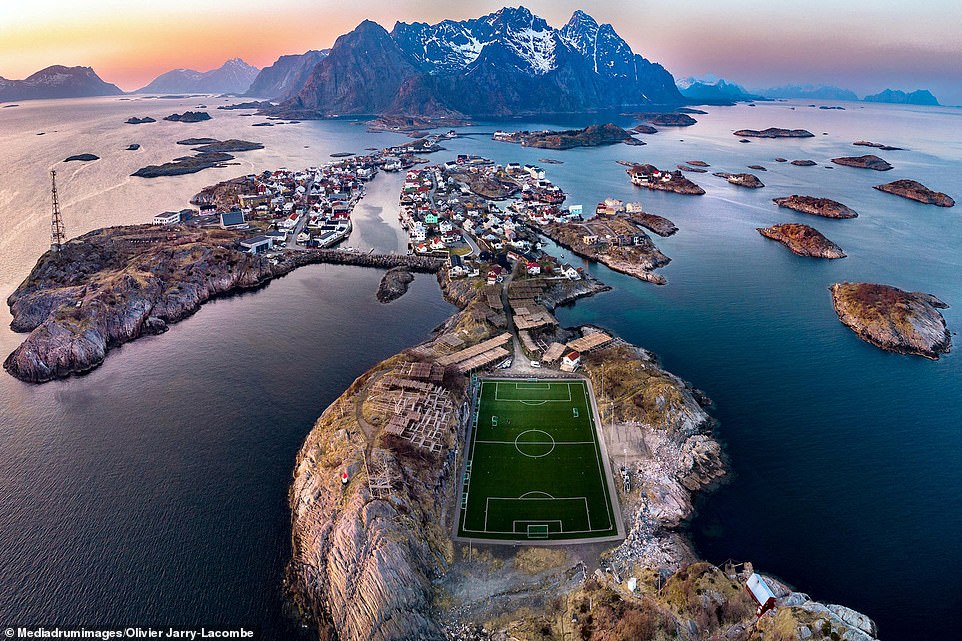 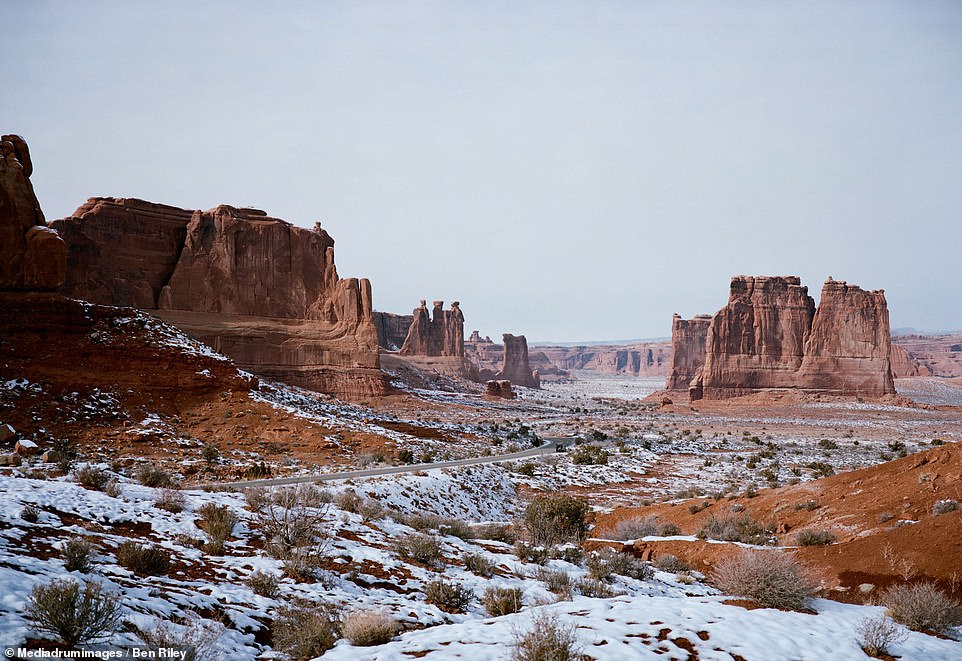 This image shows a wintry scene in the Arches National Park in Utah. The mesmerising snap was taken by Ben Riley and was named an editor’s pick 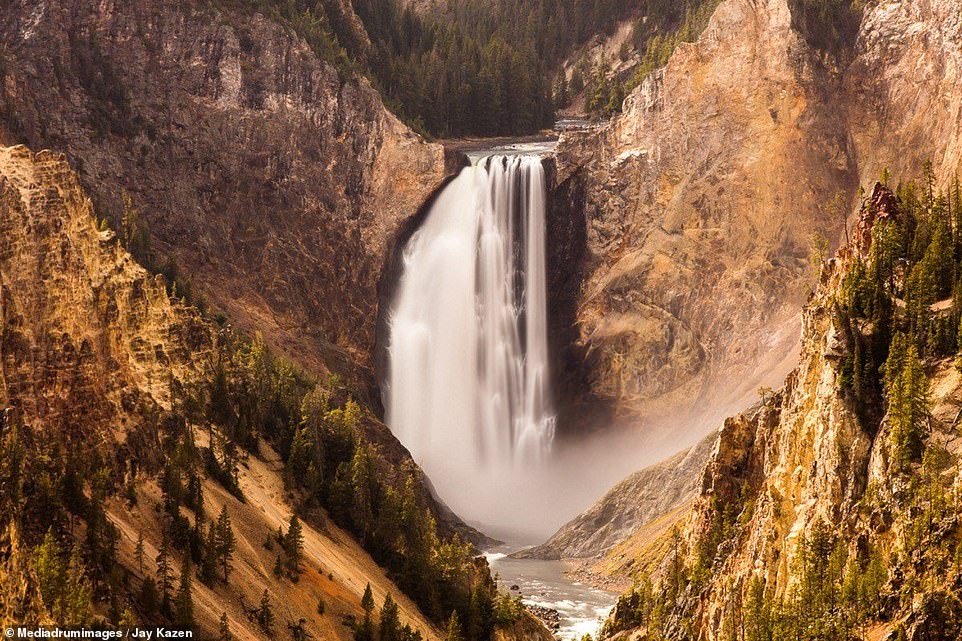 Photographer Jay Kazen impressed the judges with this jaw-dropping image of a waterfall in Yellowstone National Park, Wyoming 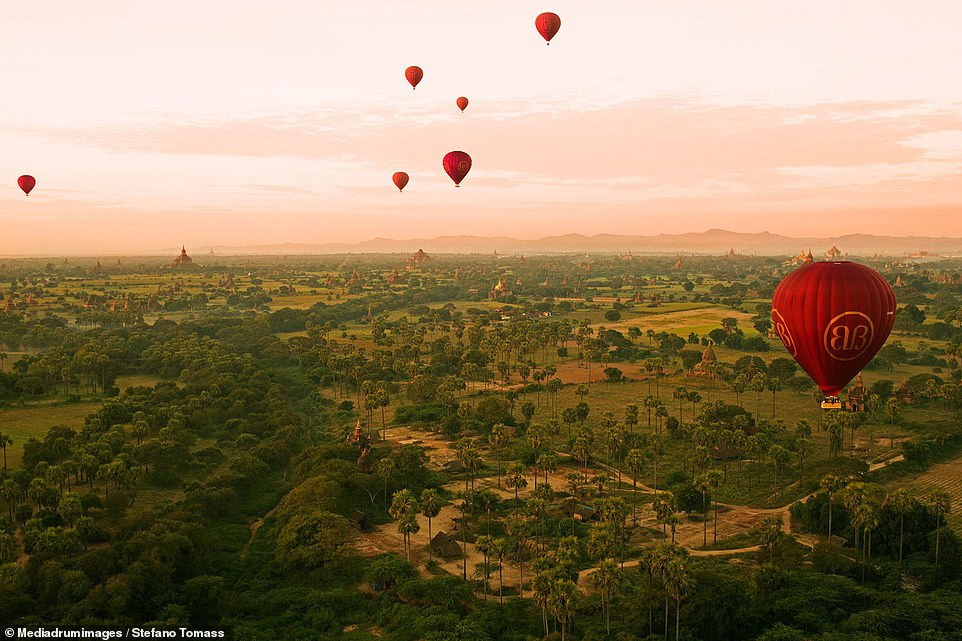 This incredible scene was captured by Stefano Tomassetti in Bagan, Myanmar. The image is simply called ‘Balloons over Bagan’ 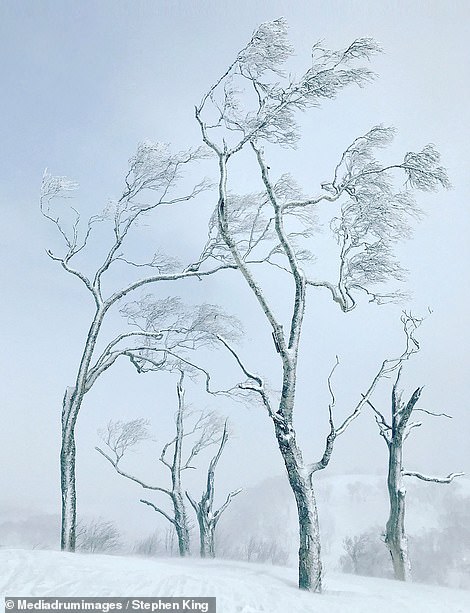 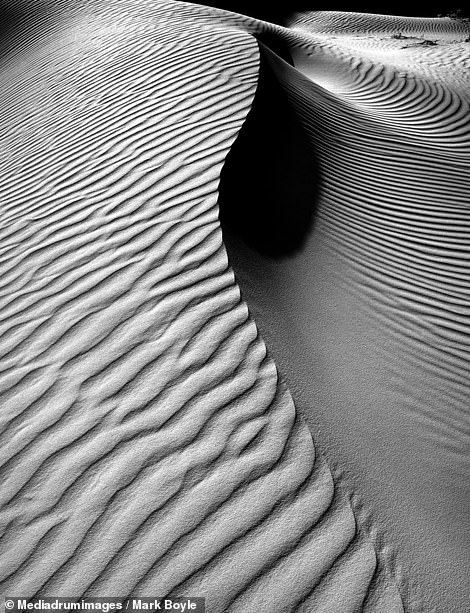 On the left is the winning image – ‘Winter Wonderland’. It was taken by Stephen King during a spring snowstorm in Hokkaido, Japan. On the right is an image by Mark Boyle called ‘Sensual Curves’, which was shortlisted. It was captured in Injidup Bay in Yallingup, Western Australia 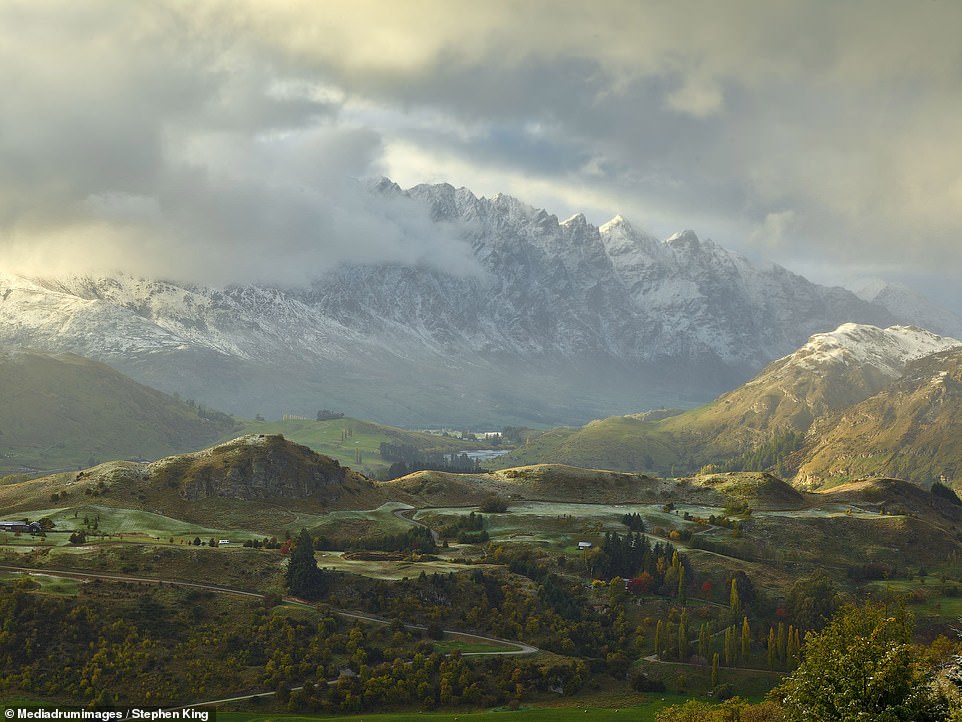 The monthly competition offers up to £1,645 ($2,000) in cash prizes and is committed to helping emerging artists kick-start their professional careers.

After sorting through entries from over 60 countries, photographer and judge Thomas Heaton whittled the selection down to winners, finalists and editor’s picks.

Mr Heaton said: ‘The photographer has created an image that can only be described as a piece of fine art. 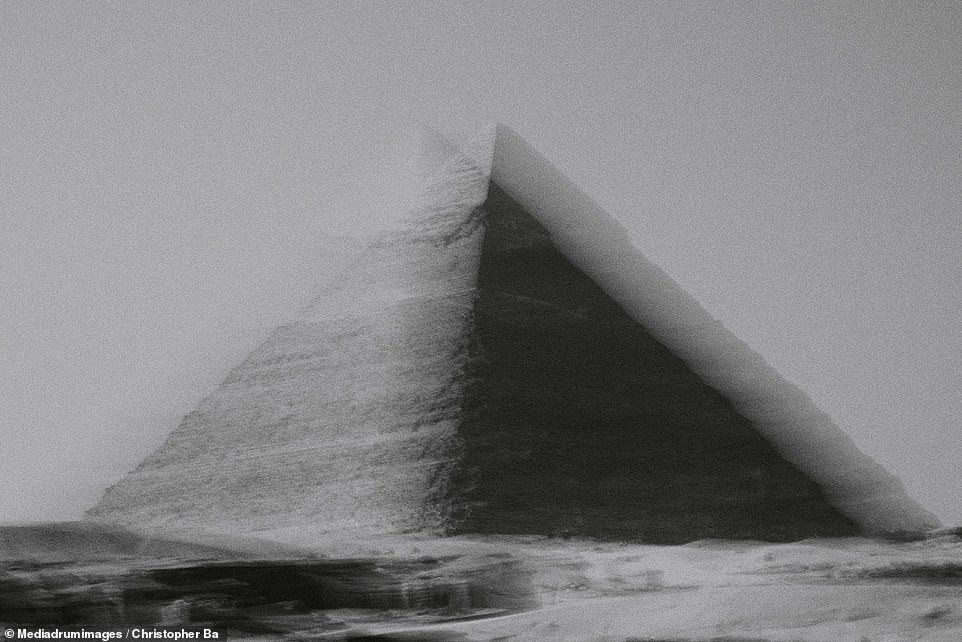 Christopher Baker scooped the runner-up medal with this image of the Pyramid of Khafre in the Giza Necropolis, Egypt 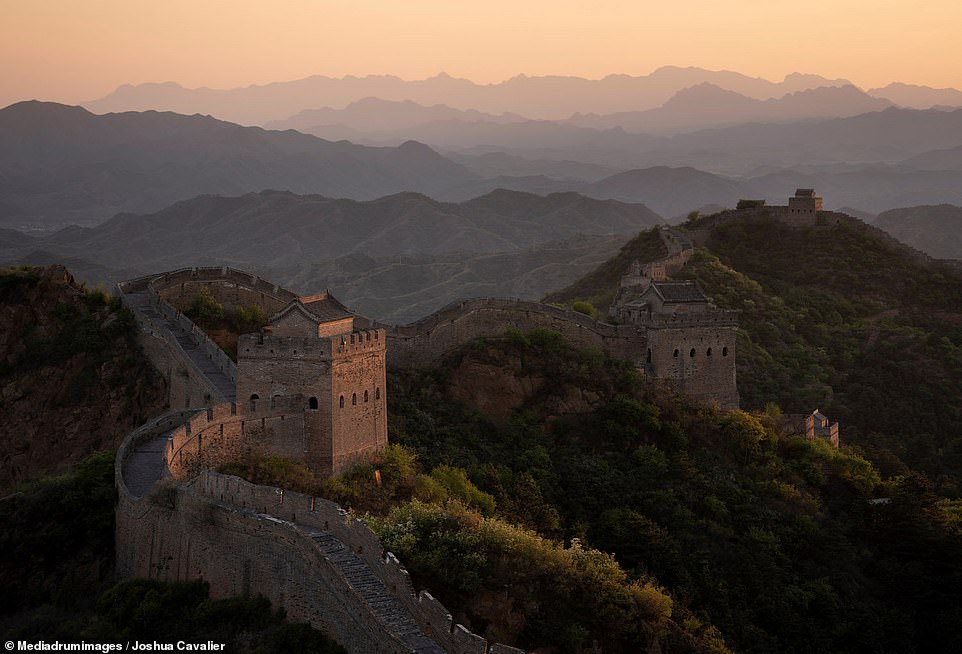 This amazing shot of the Great Wall of China was captured by Joshua Cavalier, who came third in the contest 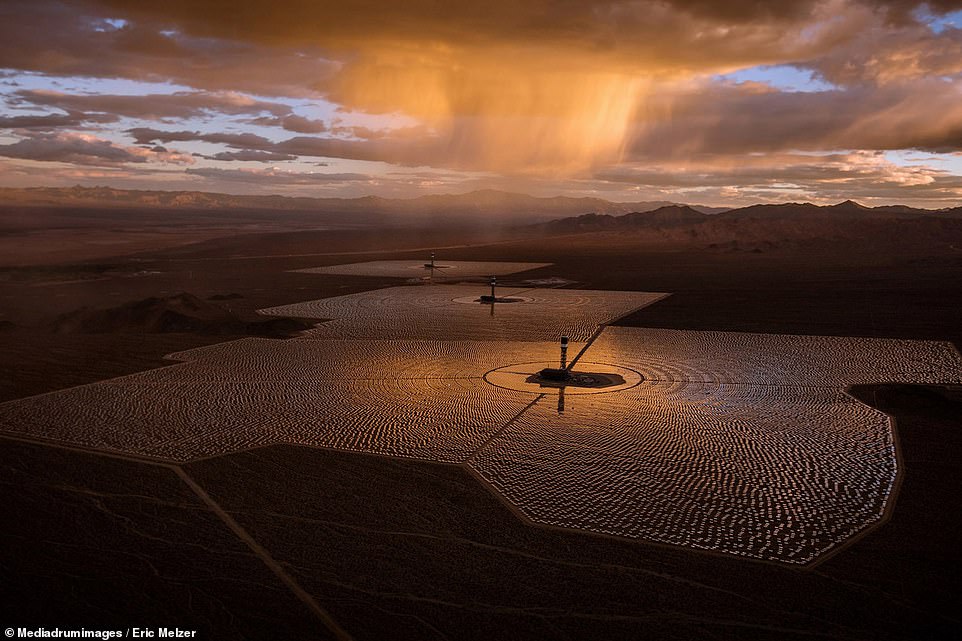 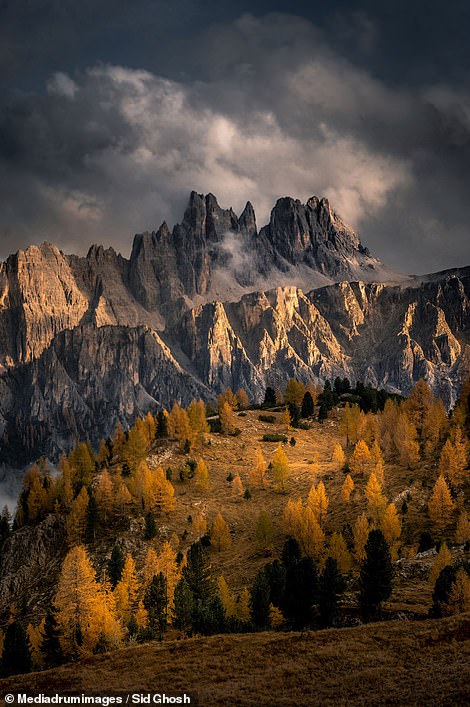 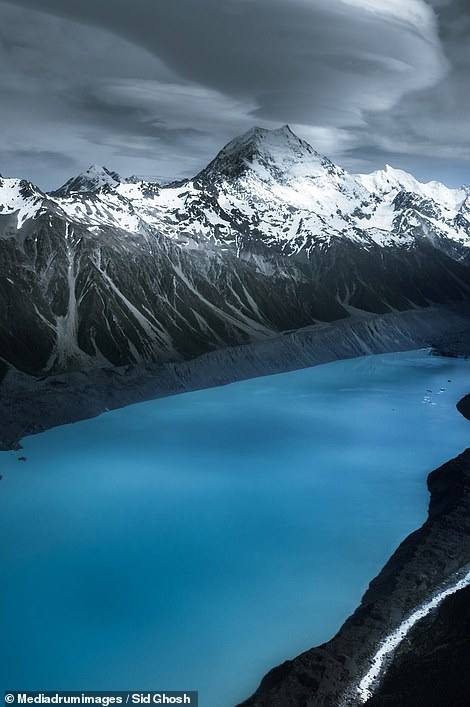 Photographer Sid Ghosh took two editor’s picks. One shows the Italian Dolomites, left, and the other is of a dramatic scene at Mount Cook in New Zealand, right 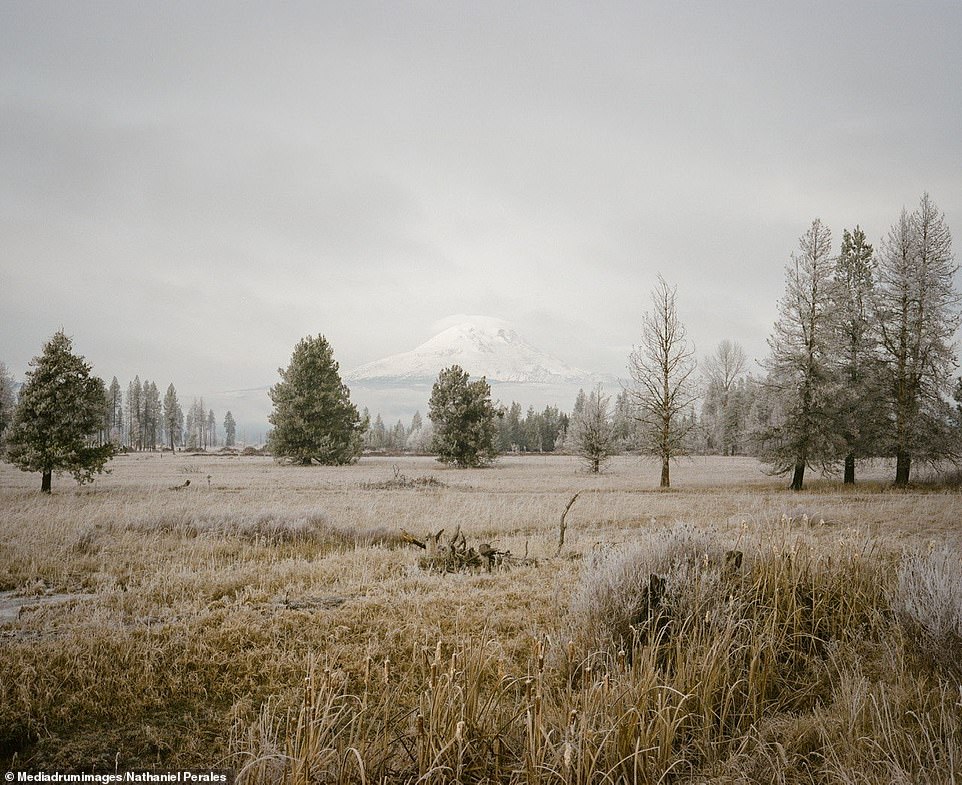 This image was an editor’s pick and was snapped by photographer Nathaniel Perales in the Pacific North West in the U.S

‘The pastel colours, subtle tones, and beautiful arrangement of trees give this image a painterly quality which instils peace and calm in the viewer.’

Mr Heaton said of Mr Baker’s work: ‘The Pyramids are a great place of wonder. They are shrouded in mystery and hold so many untold secrets. The photographer has captured this perfectly. 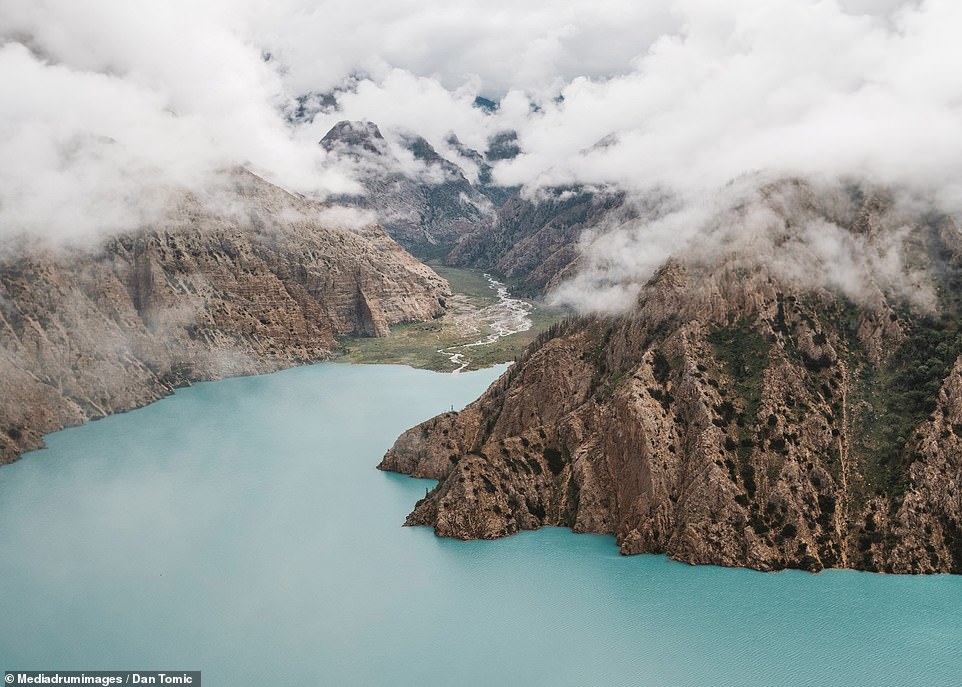 This eye-catching image was taken by Dan Tomic in the mesmerising Shey Phoksundo National Park in Nepal. The picture was an editor’s pick 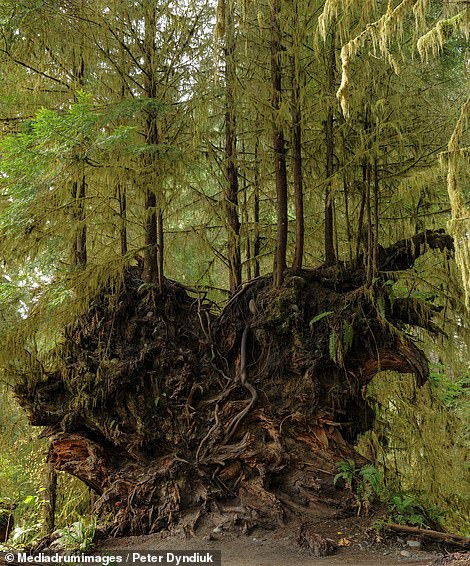 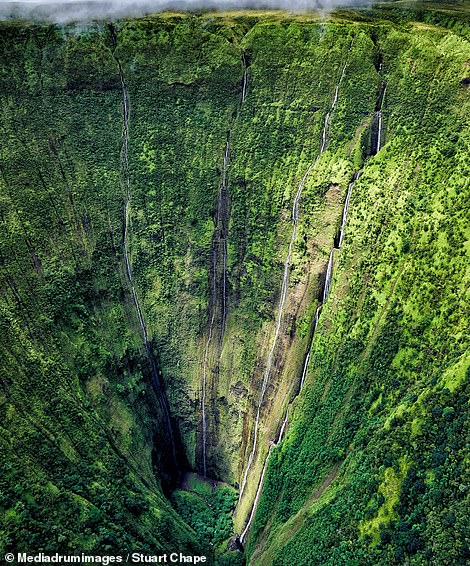 Peter Dyndiuk snapped the image on the left in the Hoh Rainforest in Washington State. It shows a ‘nursery log’ – a large dead tree that serves as a breeding ground for new trees. On the right is a jaw-dropping image of Waihilau Falls in Hawaii taken by photographer Stuart Chape 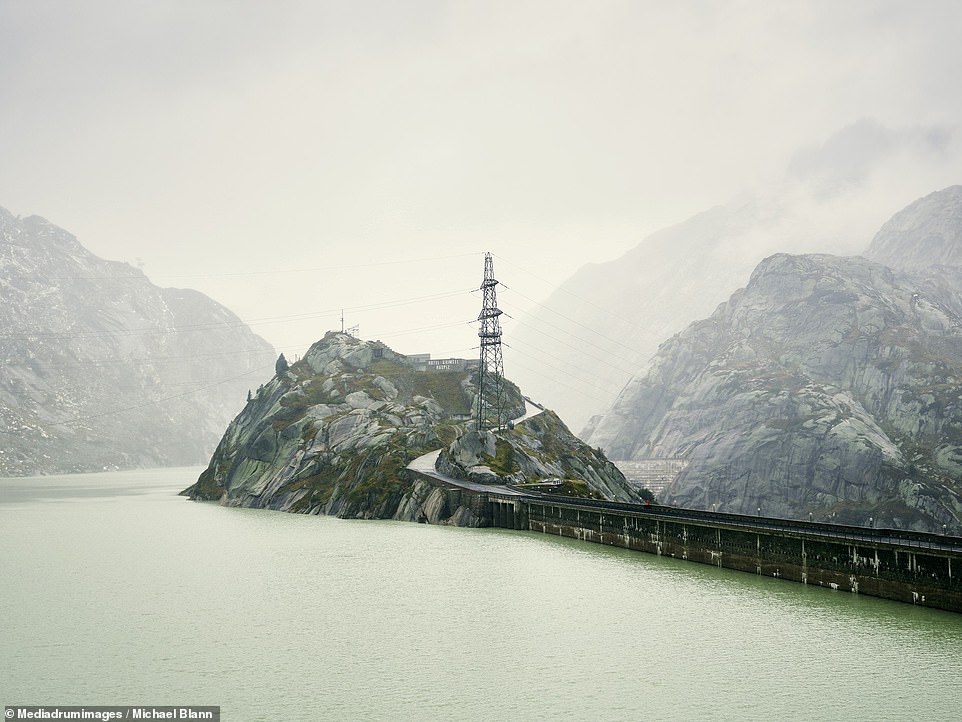 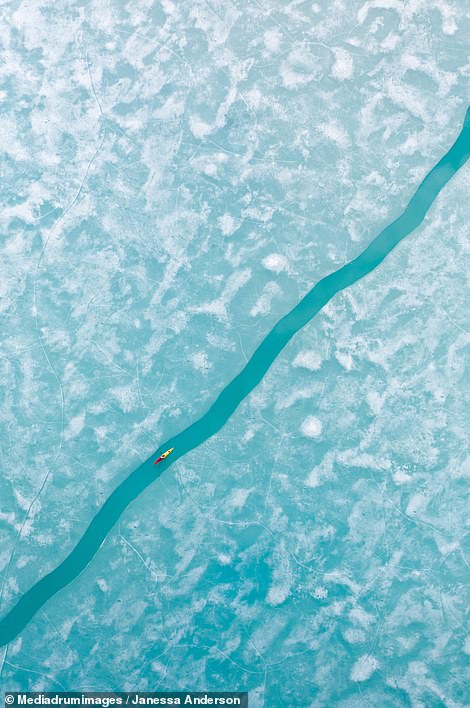 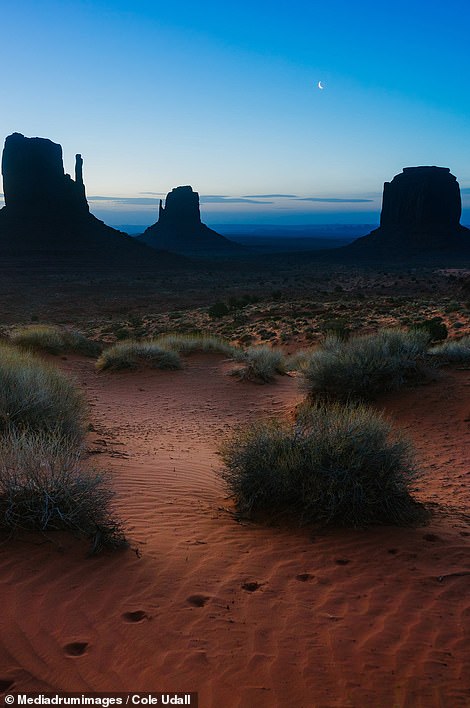 The beautiful image on the left was an editor’s pick, snapped in Alaska by Janessa Anderson. On the right is a jaw-dropping image of Monument Valley in Arizona that was shot by Cole Udall 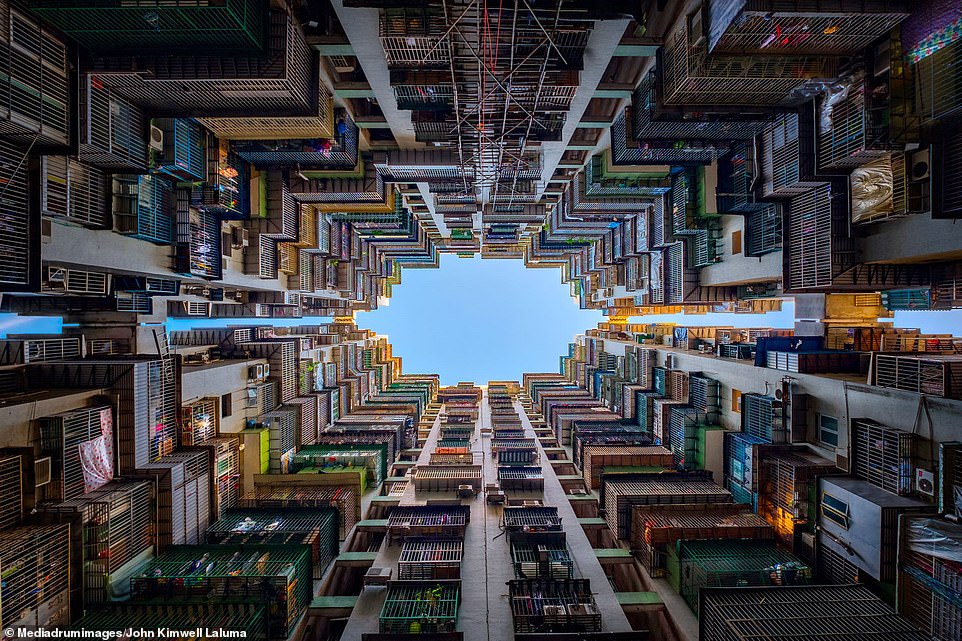 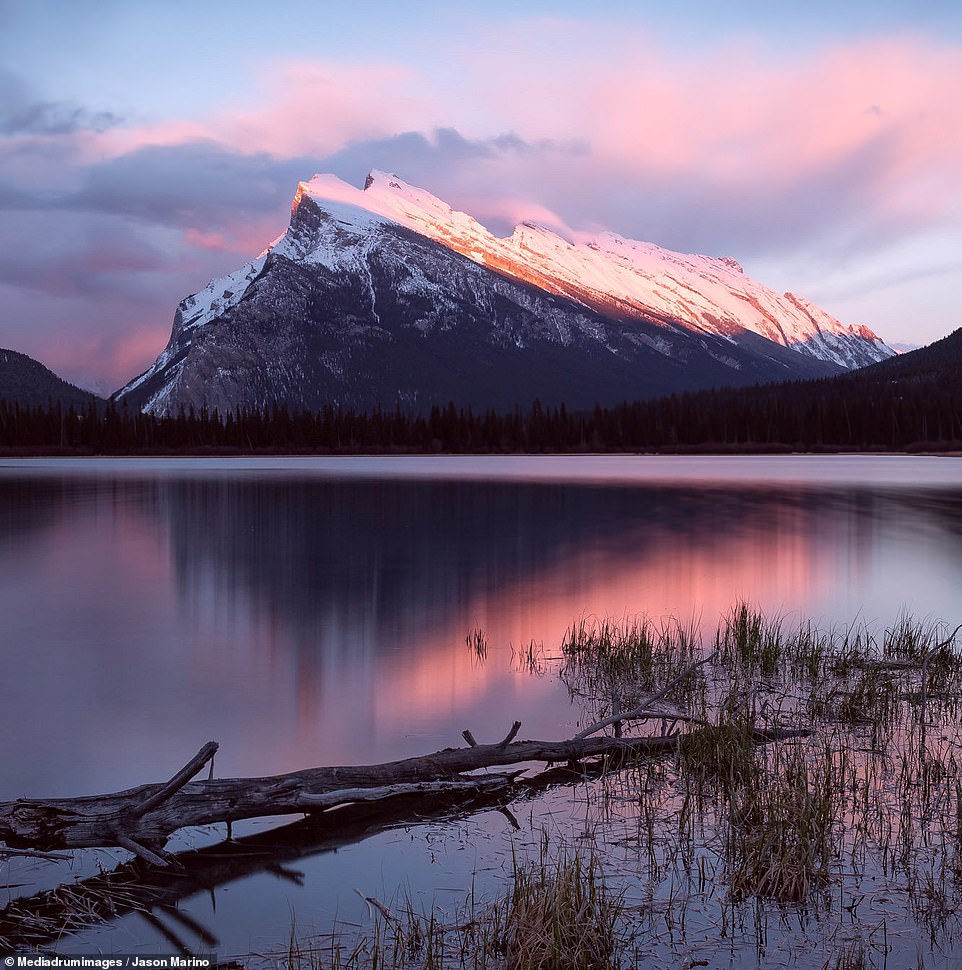 ‘I am unsure if the photographer used intentional camera movements or took a double exposure, but the resulting image has that almost perfect symmetry – bold shapes and strong lines, whilst softening and hiding much of the unwanted details that may have been a distraction.’

Joshua Cavalier rounded out the top three with his third-place image ‘Jinshanling, The Great Wall’, taken in the iconic Chinese location.

Mr Heaton said: ‘The Great Wall is one of the most iconic wonders and thus presents a multitude of challenges for photographers.

‘Extensively photographed over the years, almost continually flooded with tourists, and subject to natural weather conditions, capturing the perfect shot is no easy task.

‘Joshua Cavalier successfully overcame every challenge to create an image well worthy of its subject – perfectly composed, timed, and framed with a vantage point depicting the landmark void of people.’

It’s time for the North Island to show the South some serious love, writes Juliette Sivertsen.

I’m just going to call it.

I don’t think you can call yourself a proper Kiwi if you haven’t been to the South Island.

There. I said it. Someone had to.