Vacationing in national parks has never been more enticing. Amid COVID-19, they’re the perfect place to breathe fresh air without being forced into confined spaces, making them ideal for practicing social distancing while exploring the great outdoors.

As our sister site Travel Weekly reported, just this past Wednesday, the Senate voted on a new bill called the Great American Outdoors Act. The bill, which had a 73-25 vote, will head to the House next for its expected approval.

The Great American Outdoor Act is a bipartisan bill that would devote nearly $2 million a year to improve and maintain national parks while doubling spending on a popular conservation program. In total, about $2.8 million will be spent per year on conserving and maintaining America’s natural beauty.

“America’s hundreds of millions of acres of public lands are the result of hundreds of years of exploration and conservation,” said Senate Majority Leader Mitch McConnell (R-Ky).

McConnell also noted that the vote will “ensure this inheritance will stand the test of time for generations of Americans yet to come.”

According to Sen. Cory Gardner (R-Colo.), one of the bill’s chief sponsors, the bill will create at least 100,000 jobs, which couldn’t have come at a better time considering the economic crisis America has faced during the pandemic, including a higher than normal rate of unemployment.

Sen. Martin Heinrich (D-N.M.) said the funding “will be a monumental victory for conservation and the places where we all get outside.” As per studies Heinrich presented, each dollar spent by the fund creates an additional four dollars in economic value. 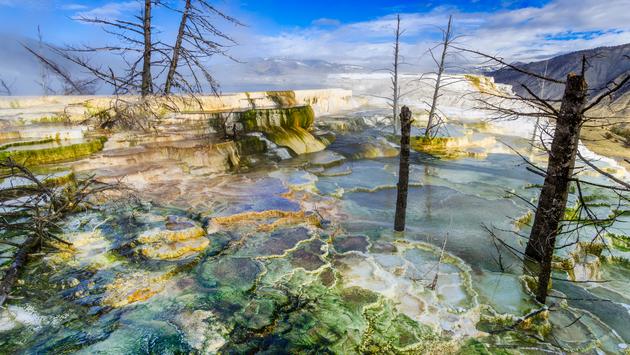 Additionally, the bill is also getting much praise among the travel community.

“Our national parks are more critical centers of travel and tourism than ever, and the Senate has done a very wise thing to prioritize this legislation to support their upkeep. In addition to the greatly positive impact on the infrastructure and maintenance needs at national parks, and this bill will also help protect the use of public lands for the travel- and tourism-dependent recreation industry.

“Data is showing conclusively that Americans are much more comfortable traveling by car and recreating outdoors as we continue to cope with the pandemic, which will make national parks very important leisure travel destinations for the foreseeable future.

“Given their vital role as drivers for the regional economies around them, national parks are cornerstones not only of America’s cultural and geographical heritage, but also of American prosperity. In 2019 alone, national parks welcomed 327 million visitors who contributed $41.7 billion to the economy and supported 340,500 jobs.

“We thank Sen. Gardner, Sen. Daines and Sen. Manchin for their leadership on this bill, and we look forward to continuing to work with Congress on measures to secure the future of our national parks for all Americans.”