One of the Caribbean’s most popular vacation destinations is struggling to contain coronavirus within its borders. Jamaica’s government has requested hotel companies provide 600 rooms to accommodate COVID-19 patients, according to local reports. On Tuesday evening, the country’s prime minister told Jamaicans to prepare for a “complete lockdown” of the nation.

Jamaica currently has 26 confirmed coronavirus cases said Dr. Christopher Tufton, the country’s minister of health and wellness, in a video address Wednesday. Of the 26 cases, “17 are imported, eight are import-related and one is still under investigation,” he said.

Tufton expressed disappointment with hotel owners’ level of cooperation regarding 600 rooms he said the government has requested to house infected patients. Tufton said the government could “trigger relevant legislation to take possession of properties,” although officials were reluctant to take that step.

However, later Wednesday, Omar Robinson, president of the Jamaica Hotel and Tourist Association (JHTA), said he was confident Jamaican hotels would provide the requested rooms.

“The JHTA understands fully the dilemma that is facing the government and the nation at large, and is willing to assist,” said Robinson in a Jamaica Observer report. Robinson said “ongoing dialogue between the JHTA members and government” would result in the rooms being made available.

“Discussions are taking place with the respective parties,” he said. “Information had just been sent out to our members earlier this week, most of who are in the process of closing their own hotels and taking stock.”

Meanwhile, in an address Tuesday evening, Andrew Holness, the Jamaican prime minister, told citizens to prepare for a “complete lockdown” to curb COVID-19’s spread. Jamaica’s government was prepared to introduce more drastic measures, Holness said, if the country showed a rapid increase in cases. He added that Jamaica has “a plan for each phase of the spread of the virus.”

Jamaica closed its air and seaports to incoming passenger traffic on March 21, allowing only outgoing passengers and cargo. U.S. citizens who planned to depart the country were encouraged “to do so at the earliest opportunity.”

The government earlier advised travelers from countries where there is local transmission of COVID-19 to self-quarantine for up to 14 days, “either in their hotel or place of residence in Jamaica.” The requirement also applies to U.S. citizens traveling from the United States to Jamaica.

Several Jamaica hotels opted to close temporarily following global travel restrictions due to COVID-19, including the Iberostar Rose Hall Beach and Grand Rose Hall in St James, which are now closed through April 30. 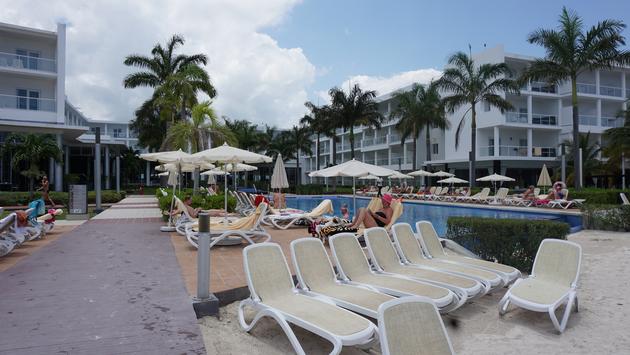 Jamaica has also imposed limits on the number of people allowed in taxis and restaurants and directed visitors to remain confined to their hotels. Non-essential employees have been ordered to work from home and the government has closed school for two weeks and banned all public gatherings. Jamaica’s bars, nightclubs and other places of entertainment were ordered closed effective March 18.

Jamaica’s Seven Mile and Eight Mile communities have been declared quarantine areas although the Bull Bay quarantine area in St. Andrew’s parish will be discontinued on March 28, Tufton said.